What a frustrating thing to hear as a person who, in general, prefers to have an answer for everything.

Unexplained leaves no room for peace and too much room for doubt.

My husband and I got married in May 2012 with no specific timeframe to have children, just that we would someday. We traveled, we moved, we started new jobs, we grew together as a couple.

Fast forward to 2014. Friends around us were starting their families and inquiring potential grandparents wondered what our plans were. I thought it strange I hadn’t ‘accidentally’ gotten pregnant in the past year, but I didn’t think too much about it.

So, we started timing.

Paying attention to my cycle and fertile weeks.

And each month came and went with the now even more undesired, Aunt Flow.

It felt like the cramps were a punishment. Each month hurt as if my body were mocking me. Pinching and aching and reminding me that there was no baby growing.

My irrational fear of having trouble conceiving was becoming a reality and I questioned everything about myself.

What if my in-laws regret their son marrying me? I wasn’t going to be able to give them grand-babies. What if something else is wrong with me? Did I catch something? Was I sick?

As a strong believer in karma, I thought back to every mistake or moment I ever regretted and wondered if the culmination of them was coming back to haunt me. “You don’t deserve to be a Mom,” I heard in my head. It became a repetitive drum that I couldn’t shake.

Facebook was a torment.  Every day I logged on, a new pregnancy announcement, a birth, another birth. To add insult to injury, it bothered me even more if the couple was younger than us, married a shorter time than us, or announced it was an “Ooops!”

People who didn’t know our struggle asked when we were going to “pop one out” as if it was something I could do at the push of a button. Others who did know said to keep trying and “it’ll happen.”

As well intentioned as both sides were, I hated it. I thought, it’s none of your business and it clearly hasn’t ‘just happened’.

We met with a fertility doctor and did all the tests. All tests for my husband and I came back normal. Nothing odd. Nothing of concern.

So onto fertility treatments we go.

Sometimes I think that God is simply teaching me a lesson. Perhaps he knows me better than myself. I took babies for granted. Everyone could have one. They happened on accident and they happened to girls when I was in high school at age 16. Of course I’d be able to have one when I was ready.

I’ve learned so much. I’ve learned that as many as 50% of all pregnancies end in miscarriage—most often before the woman even knows she’s pregnant.

What I know now is that babies are miracles. They are precious souls that were meant to exist on this earth. To be conceived, grow for 9 months inside their mom, and be born healthy- that is a marvel.

This experience has been existential.

I thank God for his lessons and continue to pray that we’ll get to look into the eyes of a little soul and see a divine being looking back at us.

With dark hair and dark eyes like their dad.

Wishing all of you who know this struggle, Peace, Love and unwavering Faith.

4 thoughts on “Finding Peace in Imperfection” 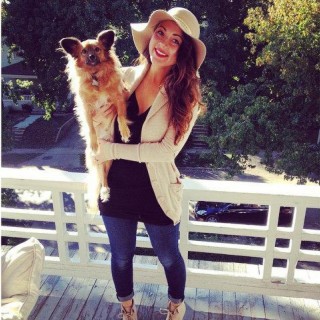